As you all know, I’m a mosaic artist. For those of you who don’t know much about mosaic, I wanted to explain the history of mosaic. Mosaic is a decorative art involving colored small pieces of glass, stone, minerals, and fragments of pottery or other material.

The oldest known mosaics come from the 8th BC. They were made of pebbles. Greek manufacturer developed this technique further in the 5th BC. Pebbles are homogeneous and vary in the color range between black and white only. Manufacturers gathered the pebbles and used them for floors and footpaths. 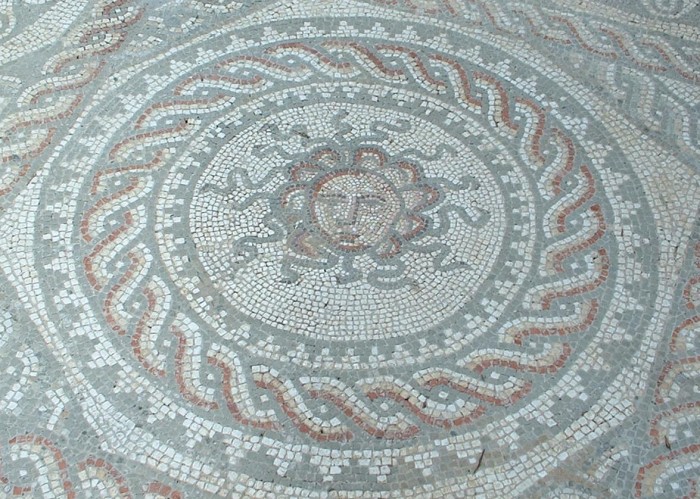 Greek manufacturers were able to create complex and first-class designs using this simple mosaic technique. They inserted stones and filled the outlines with small black pebbles. In the 4th BC, the color range was extended by green and red pebbles. In the ancient world, mosaics were basically used for floors and footpaths. Stones made of marble and chalk came out as particularly suitable for mosaics. Marble can be broken in very small pieces and provides a natural range of colors. So artists were not very much restricted in their possibilities to create mosaics. A full range of nice colors could be used to design premium arts. Although the origin of mosaics is accredited to the Greeks, mosaics were also used in Assyrian, Egypt, Persia and other ancient civilization. Roman mosaics enjoyed a good reputation. The Romans sophisticated mosaics for the use onto walls and floors in halls, villas and public houses. After the roman era mosaics were integrated in Christian, Byzantine, Persian and Indian architecture. Today’s centers of hand made mosaics are Lebanon and Syria. In countries like Italy and Greece hand made mosaics are very expensive. Despite a big tradition in making mosaics the craftsmanship here seems to be lost. 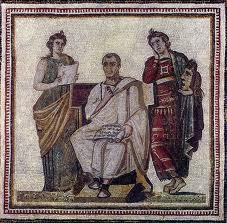